FOMO. Fear Of Missing Out. This is how I found myself registered to run two races on the same weekend. On Saturday, the Diez Vistas 50k, a popular yet challenging trail race taking in Sasamat and Buntzen Lakes, followed by the April Fools Run half-marathon on the Sunshine Coast on Sunday. Both races are amazingly well organized with some of the most enthusiastic race directors and volunteers you'll ever meet. And all this at a time when I really wanted to be concentrating on getting in a solid block of training; not having to deal with all the tapering and recovery nonsense that truly racing involves. So I resolved to take a more pragmatic approach. Diez Vistas I was going to treat as a training run but with aid stations and people to talk to. And for the Fools Run, I talked my friend Steve - who was running the Boston Marathon a week later - into forming a two-man relay team with me. The relay is a far less competitive affair, but we'd still have the fun of participating.

To prove that I was serious about this approach, I logged a fairly standard training week, my only concession was to trot out a 45 minute easy run on Friday instead of the usual two hours I might undertake; but on Thursday I did my usual taxing VFAC interval session only 36 hours before the start of the first race of the weekend.

The first hurdle with Diez Vistas was getting there. I lacked transport of my own; none of my nearby friends were running it, and it was waaaay to early in the morning to even consider transit. I sent out a plea to the internet, and an apparent stranger, Erik, offered me a ride. So I found myself in his van at 5:30 on Saturday morning as we headed out to Port Moody. Conversation was easy and fun - Erik was making a return to the trail running scene after a 16-year absence.

We arrived near the start line in good time, just as dawn was breaking. Despite a wet forecast, it wasn't yet raining and I held out a vague hope that this might last. Of course, it didn't, and a light drizzle began, steadily intensifying as we approached the 7:30 start. The race began with a gently rolling loop around Sasamat Lake. Despite my insistence that I was going to gradually ease into the race, the initial pace seemed quite quick, but this was probably more of an illusion of the tightly packed stream of runners limiting the amount of visible trail ahead.

The first climb up a section of road served to spread out the pack, with the mountain goats springing ahead. After an initially uncomplicated climb, we hit the Diez Vistas trail itself, which snaked its way steeply upwards. Alarmingly I found myself at the front of a small group, and repeatedly offered up the lead for someone else to take, but there were no volunteers. Around this point I noticed Nicola Gildersleeve, who I'd run the final few kilometres of Chuckanut with a few weeks earlier, a little further down the trail. She heckled me, accusing me of holding everyone up, but seemed strangely reluctant to set the pace herself.

After finally reaching the top, the trail took on a much more technical aspect. I knew this section and was scared. Negotiating technical terrain is not one of my strong suits, and I was desperate not to inflict any damage on my dodgy left ankle which finally seemed to have recovered from being repeatedly rolled earlier in the year. So I was happy to stand aside as my fellow racers (including Nicola) threw themselves into the sea of slick roots and rocks while I trotted along at my own relaxed pace.

It seemed to take an eternity to navigate this section, and I wasn't surprised to see that the first 12 km of the race had taken over 90 minutes. Still, once out of it, and on to some much more runnable rolling terrain, I felt safe to pick up the pace. Over the next 15 km I passed probably a dozen runners, including Nicola who didn't seem to be enjoying the climbs too much. At about 30 km, we started an out-and-back section that started with another climb. Not long after entering this part of the race, the familiar figure of Gary Robbins hurtled past at a terrifying speed. He already had a lead of at least 30 minutes at this stage, well on his way to smashing his own course record.

I found myself running with Nicola once more, and we both seemed to be on the same page about how this run was going to go. We were both on our fourth 50k of the year, and not feeling particularly competitive on the day. So we walked some uphills that we probably could have run, and chatted freely when we could perhaps have been investing that effort in a faster pace. We spent some time in the aid stations chatting with the awesome volunteers, ate well, and probably enjoyed the whole experience a lot more than we might usually do. We'd also picked up Daniel, who was running his first ultra, and clearly loving every minute of it.

At one stage I moved on ahead while Nicola made a pit-stop, but we were to be reunited before long as she yelled out to me that I'd wandered several hundred meters of course. Oops. The final climb up "FU George" Hill was a bit of a struggle, but after that it was pretty much downhill to the last section of the race. A quick trot along Sasamat Lake, then up the staircase to the finish line. We were passed by an embarrassed Sean Blanton at this point, who actually offered us the chance to tackle the stairs with a bit more enthusiasm, but we declined and let him jump two places up the rankings.

I'd hoped to finish the race in under 5:30. We were less than a minute over that, which was fine. The post-race feast was excellent, the highlight probably being the barbecued smokies and the seemingly endless apple crisp with ice cream. On the ride home with Erik, we realised that we had actually met once before on the trails when I and David Parker had helped him out after he'd bonked rather unpleasantly on a Kneeknacker training run. A neat symmetry and a nice demonstration of what a friendly and supportive lot the trail running community are.

On Sunday, I was treated to an extra half-hour in bed and arose at 5 am to prepare myself for the trip to the Sunshine Coast with my FITS Sock Co. team-mate Alex, and her boyfriend Donovan. The somewhat  relaxed approach to the previous day's race meant that my legs didn't feel too trashed, but I still wasn't sure what was going to happen when I tried to actually run. We met up with a slew of fellow runners on the ferry, disembarked and after the usually pre-race milling around, embarked on a short warm-up. Everything seemed to be in working order, so I felt confident that I could probably handle a reasonable pace, for a while at least.


I knew Alex was targeting a sub-1:25 time, so after the race started I caught up with her and informed her that I'd try and help with pacing for as long as I could. We'd been eyeing up the competition at the start and other than last year's winner, Lisa Brooking, we couldn't see too many real threats. Running along at around the same pace as us was Helen Ritchie, one of the top local masters runners and a fellow VFAC member. This seemed to work well, with Helen and Alex alternately pushing each other, with neither being keen on letting the other open up a significant gap.

As we came to the relay exchange point at 11 km, I was relieved that I'd be able to hand over to Steve, and was hoping that he'd been to take over pacing duties. I informed him of the 4 min/km pace that was the target, but he expressed his doubts, citing a prodigious wine intake the previous evening as a mitigating factor. So, much to the disgust of my aching limbs, I decided to press on at the same pace as we pounded out the rest of the course. At around 14 km things get nasty. There's a sustained uphill section for about 2 km, and it was at this point that I thought I'd have to relinquish my role. But I managed to hold on, then at 17.5 km we hit the fun bit. At this stage, it's essentially all downhill to the finish. I think this is where our trail-running recklessness became an asset, as Alex and I hurled ourselves down the hill, opening up a slight gap on Helen.

I'd been meticulously checking our pace at every kilometre marker and knew we were easily on target. As we turned the final corner into the field that hosted the finish line, I glanced at the clock and smiled. Alex finished with a time of 1:24:16, a PB by around a minute, and second place overall. Helen followed a few seconds later, for third overall and first Master. And as a bonus, Steve and I had won the relay division! Our VFAC team-mates Nick Browne and David Palermo had also taken the first two positions in the men's race.


So, in the end, a satisfying weekend. I was pleased that I'd got a couple of solid runs in, and was encouraged to see that my body was strong enough to run a fairly tough 50 km one day, then bang out a decent hard tempo effort the next. Although as my aching limbs testified over the next few days, just because you can do something like this, it doesn't mean that you should...

Thanks to my awesome sponsors for their support; FITS Sock Co. provided the awesome performance trail socks that kept my feet blister-free despite wet and muddy conditions at Diez Vistas, and Powered By Chocolate Milk for the recovery drink that gives my body a fighting chance against the traumas I decide to inflict on it!
Posted by Barry Young at 10:47 PM 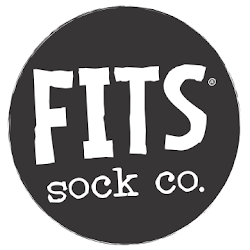